If you know a few key words to search for and aren't afraid to send out a couple of overreaching and very direct emails, the internet can really be shown as an amazing thing.

My first actual step in pursuing this idea of going back to SA was to look up some information about the church that we served with back in 2007.  For those of you that don't know, in the summer of 2007 I was part of a college ministry, Chi Alpha, that partnered with the University of Pretoria and an Assemblies of God church in the area.  We got involved with students on campus and did the majority of our service in the area of race relations (from my perspective and from what I can remember - I was kind of a mess at the time).  I couldn't remember the name of the church off hand, but after sifting through some old pictures that I have from our trip I came across this one that happens to have the name of it on some of the signage in the background. 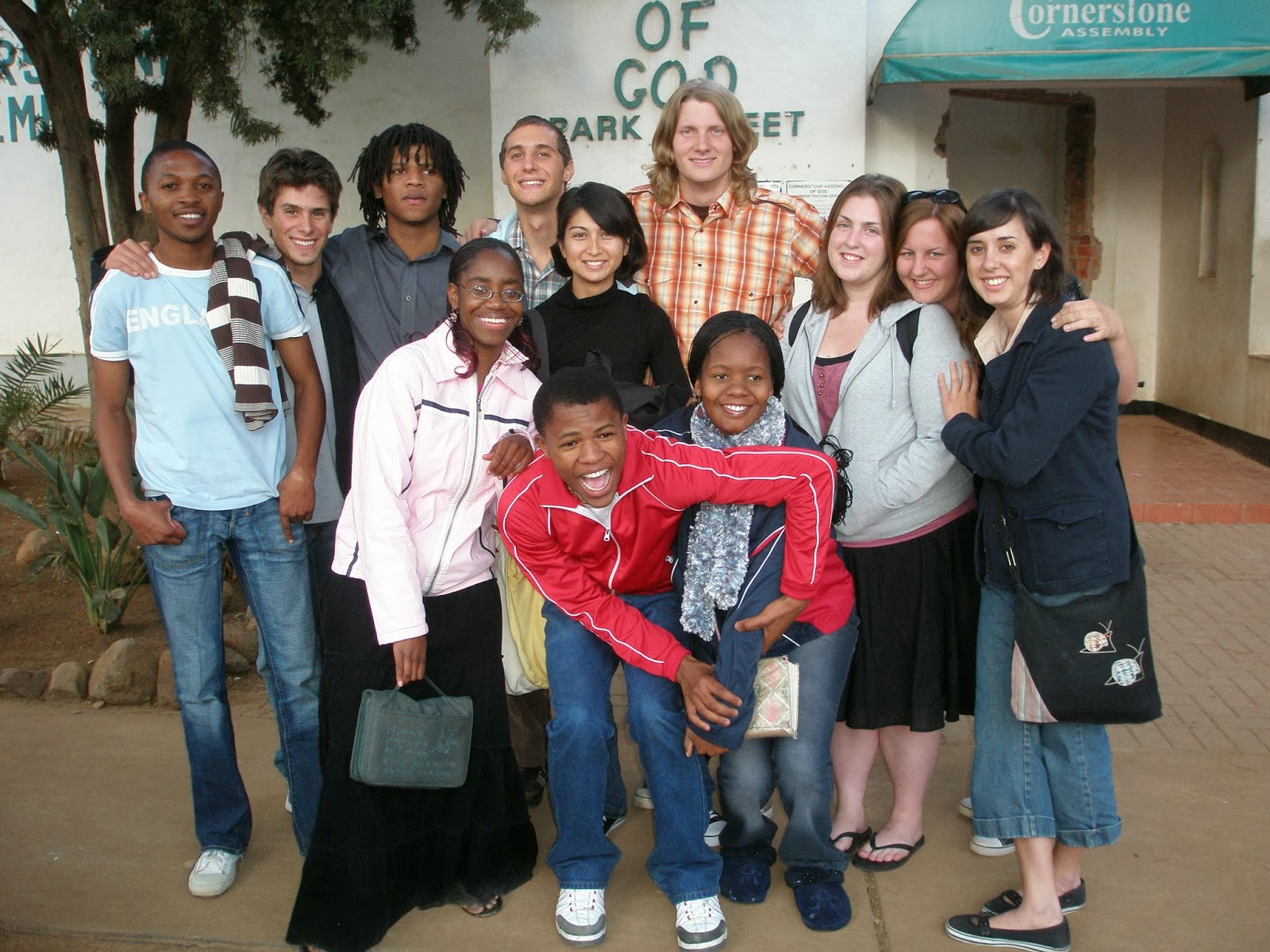 Next, I googled "Cornerstone Assembly South Africa" and the results came up with this.  From the pictures shown I could tell that this was a place that I had spent time in before, so I knew I was on the right track.  The website mentioned Pastor Watt as the "current occupant" which got me thinking that emailing him might be my best bet.  Now to find his email address…  I sent a quick message over to the former Chi Alpha campus pastor that I served under in 2007 to see if he had any way to get in touch with Pastor Watt.  While his response back to me was almost instantaneous, he didn't have any current connection to Cornerstone and the email address that he had from all those years ago was no longer active.  BRICK WALL.

I almost stopped there.  The idea seemed far fetched anyway.  Even if I were to find the correct email for Pastor Watt, what then?  Was I just going to email him and ask to come live there for a year?  "Hello Pastor Watt, do you remember me?  I have no really marketable skills, but I would like to come and serve in your community for a year.  Make room!"  Just kidding… kind of.

But after a mini moment of discouragement I realized I had another means of connection… Facebook! The friends that I made over in SA don't use Facebook nearly as much as we do in America (maybe they aren't into sharing their every thought/interest so publicly), but some of them still have accounts, so I sent out a few messages.  For some it was the first time I'd reached out to them in quite awhile, for others it was a bit easier as my friendship with them has actually grown since back in 2007, but nonetheless it was still a reach to hope that they had strong connections to the same church from their college years, almost a decade ago.

While the responses that I received to these messages varied in ways that I could not have expected, they did lead to me connecting with Pastor Watt, and they rekindled something beautiful in me.  I've continued these message chains for about 2 months now, with people living where I want to be.  I've been asking them so many questions; about their lives and what they see around them, about how missionaries and women are perceived, about Jesus and what He is doing in SA, about any advice they would have for me… and asking them to pray, as I definitely need their prayers (and yours?).

To be continued.
Posted by kayciesimmons at 8:07 PM